Thank you for your interest, one of our Agents will be in touch soon
Oops! Something went wrong while submitting the form
+

1. The market is stable but changing

The Balearic island of Mallorca offers a sunny escape at the heart of the Mediterranean. Easy to get to, notoriously safe, culturally vibrant and enjoying a high-end tourism boom, Elizabeth Finney discovers what you should know about buying property in Mallorca.

Traditionally an island popular with Germans and the British, the island’s growth into a more luxury destination has gained interest from a number of different markets.

“From a macro point of view, seeing it from a global perspective, we’ve seen that Mallorca and the greater Balearic Islands have shown a great increase in international buyers,” says Michael Valdes, global vice president of Sotheby’s International Realty.

In the last five to ten years, it seems a new breed of buyer has started to take notice of the stunning surroundings, the exciting new build properties that perfectly blend traditional Mediterranean and modern design and the plentiful superyacht marinas peppered around the coastlines. While Mallorca offers plenty of rental opportunities, the island boasts a sense of community that international visitors return to regularly, especially in Port Andratx on the south-western side.

“Before, it was a very German market in Port Andratx, but it’s completely changing now,” says Mallorca Sotheby’s International Realty (SIR) sales manager Simon Bugge Jensen. “In previous years there have been a lot of British buyers – that went on hold a little after Brexit but now they’re coming back again. A lot of Swiss people are buying here and there is also a whole Danish and Scandinavian hub growing.”

“Mallorca is a destination that has grown in popularity and has grown in everything it has to offer,” adds Valdes. “It’s incredibly cosmopolitan and its gastronomic scene has increased exponentially. All that really attracts a very sophisticated international buyer looking for a secondary or even tertiary home. You start seeing the stability of this market on a luxury scale and it’s impressive.”

2 Know what makes your ideal property

For yachties, there is no more appropriate holiday home that this house in Port Andratx, which is as luxurious as a superyacht. Contemporary interiors with modern amenities balance out a Mediterranean, stone-clad exterior, while a 25 metre berth lies at the end of the staircase-like gardens. Characterful and spacious with six en suite bedrooms to accommodate guests, this incredible waterfront property is not to be missed.

Current owner Graham Wellesley says he bought the property having only seen a picture of it. “When we decided to buy a home, I wanted somewhere without a busy commute from Palma, not too German and not too English. We looked at several properties, then this property came onto the market,” he says. “I’m very into sailing and yachting, and I also didn’t see the point of going to a Mediterranean island where you didn’t have access to the sea. I said we have to take advantage of this opportunity now. So I started the purchasing process before I even came back to Europe.”

While the properties available in Mallorca are extremely varied, surprisingly few have immediate access to the water. Wellesley, who has recently placed his unique estate on the market and has been holidaying in Mallorca for more than 35 years, explains the importance of knowing what you want from a holiday home.

“The reason I bought it knowing the island was its pure rarity. I knew the port for sailing – it’s really quiet here and Port Andratx is its own micro-community. Most people come back every year so everyone knows each other and it’s very friendly,” Wellesley says. “For the children it’s very sociable and I don’t have to drive them everywhere, they can walk down to see their friends and walk home completely independently and it’s totally safe.”

3 There are some idyllic cruising grounds

For those chartering in Mallorca, the restrictions are milder than in the rest of Spain. Recent legislation states that yachts registered in non-EU countries are permitted to charter in the Balearics, an allowance that doesn’t extend to the rest of Spain. Additionally, as of January 1, 2018, the Balearic Government Licence required for charters will be valid for two years instead of just one. This, in addition to the flourishing Copa del Rey regatta that was sponsored this year by Mallorca SIR and grows in popularity each year, makes Mallorca an enticing spot for yachting.

“There are so many little coves that you can pull inside and anchor up,” says Wellesley. “There are a lot of little hidden ones that you wouldn’t even know were there – the island from the sea is completely different than inland. When you go up the west coast there are only beautiful little fishing villages, otherwise all you see is open pine tree forests, goats walking around and the towns are spread out immensely so it’s not as populated as people imagine.

“Go to Dragonera, which is on the south-western corner of the island,” Wellesley continues. “Then go up the west coast where it’s all national parkland. The penultimate top north-western corner is Soller and before that is the famous town of Deia, the artists’ community who's most famous resident was the poet laureate Robert Graves.”

Aside from the stunning anchorages scattered around the Balearics, Mallorca is home to a number of marinas with superyacht facilities, including the Stark Marina at Port Adriano, which can host yachts up to 100 metres and was designed by Phillipe himself. Additionally, Club de Vela caters to yachts up to 60 metres while Port de Mallorca can berth yachts up to 50 metres. With seemingly endless options, it’s understandable why the island is becoming more popular with the yachting community.

4 Know what lifestyle you're looking for

One of Mallorca’s defining features is its varied landscapes – mountains, lush evergreen forests, some of the most beautiful golden beaches in the Balearics and buzzing towns can all be found here. The island’s pick and mix offerings are a huge attraction but it is crucial to know what you want from your chosen environment before purchasing.

“Before anybody buys a house here figure out what lifestyle you want because there is a huge difference between having a house up in the mountains on the west coast to having a house in the south west of Mallorca,” says Jensen. “If you have a house in the mountains you will go shopping twice a week, maybe go trekking and stay in your house with your friends. If you buy a house on the south west coast you are more likely to go to restaurants, shops, beach clubs and bars in the evening.”

Within his 1960s-built Port Andratx villa, Wellesley renovated the entire plot to his personal vision. New stone floors sprawl throughout the property while vast, open plan spaces unfurl from gargantuan corridors. The interior is impressive – most of the bedrooms could be carved into two, while the option of sleeping at the top of a dizzying turret means guests can rise to some of the best views in Mallorca. Undoubtedly, it’s a property made for socialising and family gatherings, and one of the living areas even boasts a wine cellar with two-sided glass – the bottles light up at night to create a quirky design feature. The many layers of outdoor spaces offer a sun terrace with large fabric blinds, a Jacuzzi, a boathouse and a funicular to carry unsteady or weary feet down to the sea for a dip.

After 11 years of ownership and a myriad of building projects, family boat trips and gatherings, the Wellesley home in Port Andratx is for sale with Mallorca SIR. “The reason is simply downsizing but we’ll stay within a few miles of this house,” explains Wellesley. “It’s a place where people tend to stay for a long time. I’ve travelled extensively throughout my life and it’s probably the most attractive of any of the islands I’ve ever visited.”

5 It's an up and coming destination

Palma, a rising star in the art world, is a vibrant cultural hub all year around – unlike Ibiza, it doesn’t hibernate. In addition to hosting the Galería Pelaires, the oldest running gallery in Spain, the rustic streets also wend between extraordinary historical sites, such as the monumental 13th century Palma Cathedral and the Bellver Castle. However, tucked in between the ancient stone walls of the city are a growing number of contemporary establishments with a keen focus on luxury and perserving the sophisticated side of Mallorca.

“We have more boutique hotels opening up and the gastronomy world is getting much bigger – we now have 10 Michelin Starred restaurants in Mallorca,” says Jensen. “All of these factors are making Mallorca more attractive for the people who would be interested in buying luxury properties. Maybe five to seven years ago there wouldn’t have been as many options as there are now.”

“I think the reason a lot of top end people are attracted is because of the experiences that they’ve had in the last 5-10 years,” says Paul Kempe, licence owner of Mallorca, Ibiza, Menorca and Formentera SIR. “The island has really upped its game so, in terms of the quality of the island, it’s of a comparable level to the best in Europe. Whether it’s food, construction, lifestyle opportunities or beach clubs, everything has risen exponentially and that’s why people are so keen to come here.”

Port Andratx specifically, holds a unique draw for those seeking privacy, luxury and a precise level of service and amenities. Still a working fishing harbour, it has retained its Mediterranean charisma. “Here in Port Andratx they try to retain the charm and the local culture, but mixed with the international hub,” says Jensen. “This is what many people like, that it’s not a place where you need to go to show off, you enjoy privacy up in your villa and then in five minutes you’re down at a nice restaurant on the promenade watching the sunset in the evening.”

For more information, get in touch with our team

The legal issues when buying a property on Mallorca

Luxe provided a turn-key solution to finding my perfect home. Finding the right location was key to the properties rental value and we're now making plans to retire to Mallorca. Thank you to the amazing team for making our dream possible!

It's quite simple really, they found the property I wanted and secured it for me at a great price. Luxe delivered the service they promised.

I don't know how we would have found this beautiful home without Luxe and the team. I can't imagine ever buying a property again without a buying agent. We highly recommended working with them.

Luxe saved me a lot of time. They took care of everything, from start to finish. It was a very positive experience to use their service. 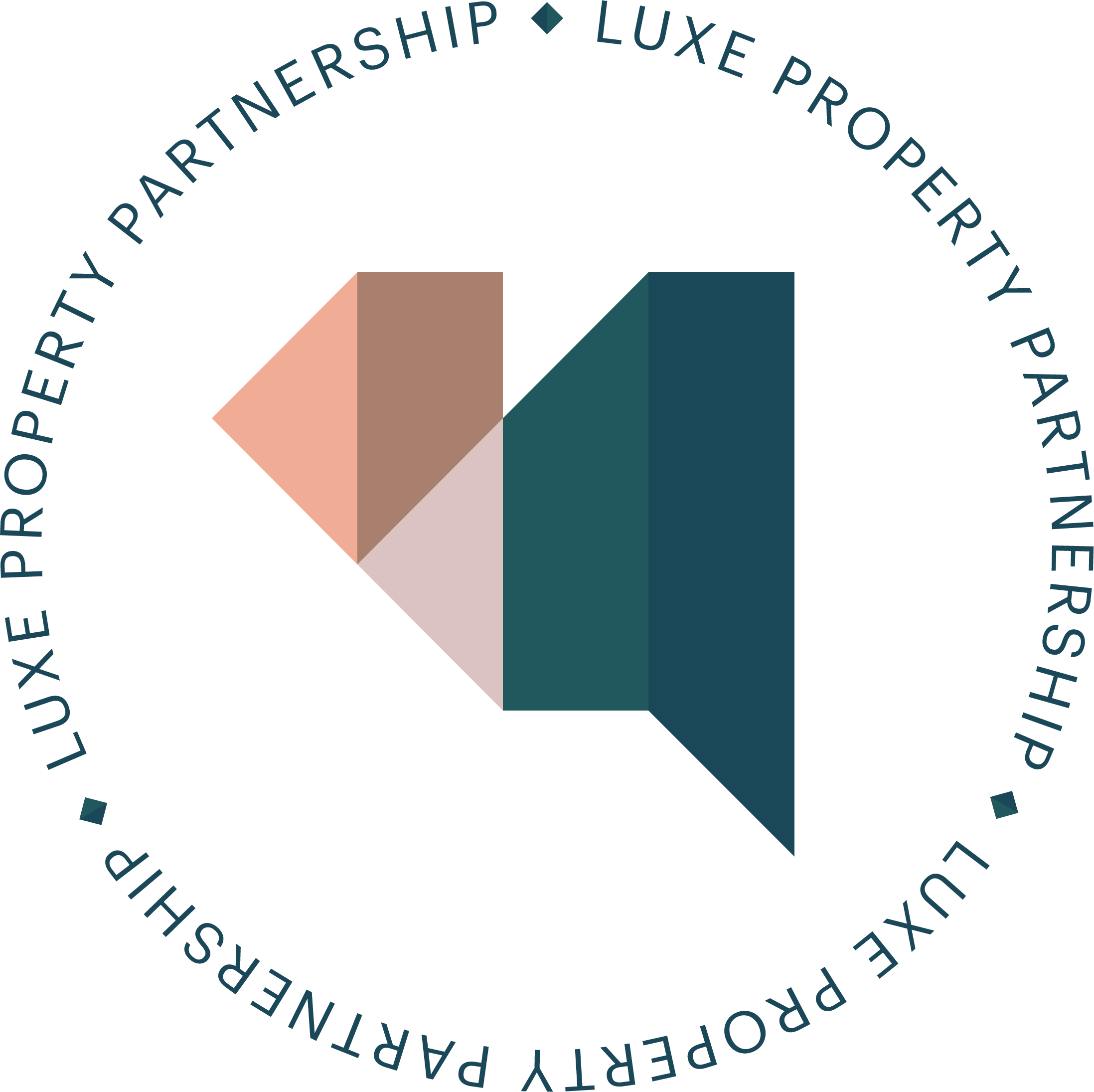 Our Service
Your Journey
FAQ
NEws
Contact
Book a consultation

Thanks for getting in touch. We'll be in touch shortly.
Oops! Something went wrong while submitting the form